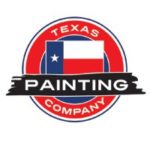 We Are The Residential & Commercial Painting Experts

We will come to you anytime to drop off a free, no-obligation estimate, and promise never to bill you more than the estimated price. Get started with your next painting or renovation project today!

"I recently moved into a new condo and I hired Texas Painting Company to do a complete paint overhaul. They did a fantastic job! They were helpful in picking out colors, on-time, detail oriented, and reasonably priced. I would recommend them and I would, absolutely, hire them again!"

Kristi StuartHappy Customer
"I own a property in Austin, Texas and I had to have a quick move out and tenant come in. Texas Painting Company is the best paint company that I have ever hired. They did everything exactly how they told me they were going to do it. They showed up at the right time, their work was fantastic and it was priced right. I hope to hire them again soon!"

Chris BilecHappy Customer
"I highly recommend Texas Painting Company. They have professional crews, provide accurate estimates and deliver on their promises. They are detail oriented and can tackle any type of painting project! I'm a repeat customer of theirs because they consistently provide excellent results. If they make a mistake, which doesn't happen often, they are quick to make it right. I will continue to refer them to my friends and clients."

Jeff started in the painting industry in 1996. As a sophomore at College, he was approached by a student painting company to run a franchise in his hometown and accepted the challenge. For 4-5 months out of the year, Jeff was running his own business and gaining a tremendous amount of experience. He continued running the franchise until he graduated in 1998.

Equipped with my Bachelor of Arts degree in Economics he decided to stay in the painting industry and start his own company. The company was a success! Two years later Jeff was visiting St. Louis with some friends and ended up meeting his future wife. After a short engagement, they married and ended up moving to Phoenix, Arizona. It was there that Jeff started a company called The Painting Company. I had a colleague from college join me and we formed a partnership. The Painting Company was a huge success from 2000-2005. In 2005, at the height of the real estate boom, his wife and Jeff decided to sell our home and his partner in Phoenix agreed to buy him out of the business. We had our sights set on Austin, Texas, and made the move in late 2005.

Once they arrived Jeff filed papers and started Texas Painting Company. We have served the Austin community for multiple years and enjoyed every moment of it. Austin is a great city with a diverse collection of neighborhoods. It has been a pleasure to beautify and protect several homes and businesses throughout this great city.

Give Texas Painting Company a call at (512) 339-0848, or request your complimentary quote online today!

For A New project

Get Your Free Estimate Now!